The Education Liberty Fund (ELF) is a non-profit 501c3 charity organization and School Tuition Organization (STO) certified by the Arizona Department of Revenue to receive tax-credit contributions for private school scholarships. We exist so that all children can attend the best schools.

Paul sees ELF as a rescue operation for many Arizona students who aren't well-served by their public schools. He looks forward to more and more students using their natural gifts in becoming all that they are meant to be.

When Paul began teaching in the Arizona public school system he became troubled by the lack of student initiative, and he quickly became an enthusiast of schools that reflect the natural learning process. After working on planning teams for Expeditionary Learning, and Big Picture Schools, Paul joined AERO's School-Starter 101 course where, under the teaching of alternative education leaders Jerry Mintz and Chris Mercogliano, Paul's vision for learner-centered education deepened to include the complete freedom of the student to choose what and how he will learn. Paul is certificated as an Arizona K-12 Principal.

Robert sees ELF as an opportunity to aid Arizona residents to organize amazingly effective education alternatives. Caring deeply about children and their education, he assisted a Sudbury school start-up in Maryland and a Sudbury effort in Prescott, Arizona. His children attended independent Sudbury and Expeditionary Learning schools.

With a BA in Political Science and Economics from Saint John’s University, Robert is a business improvement technician and consultant, leading teams in finance, marketing, instructional design, and systems architecture. He studies thought leadership in those areas as well as in business, economics, and computer programming. Outside of work, Robert offers consultation to friends and family on their business and personal projects. He enjoys spending time with his children; reading science fiction; and walking, hiking, and biking in nature.

Garth sees ELF as a vehicle for helping students, parents and families take advantage of education options which may serve a student's individual learning modalities better than traditional choices. He believes we need to listen to our children more carefully.

A philosophy graduate of the University of California at Irvine, Garth is a successful marketing manager at Coopervision, a global leader in the contact lens industry. From age 18, Garth completed an 8-year rigorous Aikido program studying the way of harmony, serving as 'uchi deshi' and Senior Assistant Instructor. His training included Zen studies in the tradition of Soyu Matsuoka, the Soto Zen Buddhist bishop and Japanese registered national treasure. Garth lives and works in the San Francisco Bay area.

Jerry has been a leading voice in the alternative school movement for over 30 years. In addition to his seventeen years as a public and independent alternative school principal and teacher, he has also helped found more than fifty public and private alternative schools and organizations. He has lectured and consulted in more than twenty-five countries around the world. In 1989, he founded the Alternative Education Resource Organization (AERO) and since then has served as its Director. Jerry was the first executive director of the National Coalition of Alternative Community Schools (NCACS), and was a founding member of the International Democratic Education Conference (IDEC).

Chris was a teacher at the Albany Free School for thirty-five years and stepped down as director in June, 2007 to concentrate on writing and speaking about non-controlled education and child rearing. He's the author of numerous books, including: In Defense of Childhood: Protecting Kids' Inner Wildness; and the forthcoming, A School Must Have a Heart. His essays, commentaries and reviews have appeared in numerous publications around the world. Chris has been featured on National Public Radio's "All Things Considered," Canadian Broadcasting Corporation Radio's "Ideas," and other nationally syndicated radio shows. The father of two wonderful daughters, Chris lives with his wife Betsy on a one-acre farm in downtown Albany, New York.

Rosa Elena is a project manager and business-management software consultant with expertise in financials. She has worked in financial services, insurance, higher education, and government. Her experience includes Business Process re-engineering, Systems Strategies & Planning, Analysis, and the implementation of best business practices for Financials. Rosa has participated in quality assurance processes, and reconciliation and audits to ensure data integrity and completeness. She is self-driven and customer-oriented. 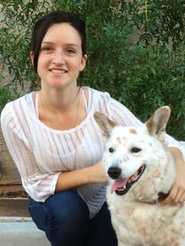 Naomi helped us get started. Recognizing that school is like a second home for children, and having experienced limited educational options as an Arizona student, Naomi sees ELF as important in providing good choices. Naomi brought to ELF a spirit of entrepreneurship and volunteerism. Before joing ELF, she served the Humane Society, Meals on Wheels, and WHOOF (organic farming in Hawaii). She was a day-staff member for the Mingus Mountain Academy girls boarding school. Salome obtained her Associates of Arts degree from Yavapai College and pursues a nutrition degree in Israel.